Corn is used in a growing number of industries and has been an important crop for a food and fuel supply for thousands of years. From the time the Southern Mexican inhabitants first domesticated corn nearly ten-thousand years ago, it has remained an important commodity to every country in the world.

After Columbus returned with corn from Cuba in 1492, it began to gain importance in the rest of the world. It has since become an important fuel additive as ethanol, livestock feed and food source for humans. It is also an important ingredient in products like crayons, carpeting and even batteries. 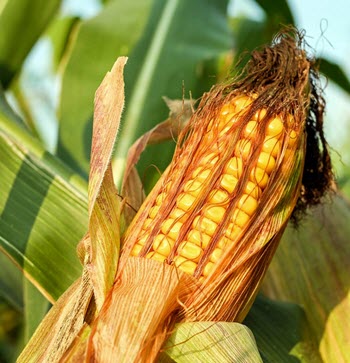 It is thought to be the other yellow gold because of its value around the world. Next to wheat, it is the second most cultivated crop.

Corn was one of the first commodities to have been traded back in 1877. It was traded alongside wheat and oats. Originally, it was traded at a contract size of 3,000 bushels, but now trades at 5,000 bushels. It is now one of the premiere crops traded on the Chicago Board of Trade.

Because of the many uses for corn, it is popular and its contracts are easily traded. There is hardly a person that does not use corn in some way, even if they do not consume it. There are many more goods and materials made with corn fiber, products sweetened with corn syrup, ethanol blended fuel and beef that may be sustained by corn.

Because of the range of products, corn continues to be a less volatile commodity. With the world’s beef consumption alone, the popularity of corn will remain. It takes 8 pounds of grain just to produce one pound of beef. Corn futures can be an excellent way for farmers to hedge the price of their own corn crops and the possibility of a decrease in value.

Because of the subsidization of the ethanol production in the United States, corn futures experience mild exposure. If there is ever a change in these subsidies for farmers, it could cause the price of corn to decrease.

Because of the United States Dollar being the world’s reserve currency, corn is traded in US Currency. It is inversely valuable to the dollar’s strength. China is also one of the leading consumers of energy and the leading importer of petroleum. Should China’s growth decline or stagnate, their need for biofuels will decrease as well.

It is important for anyone interested in trading commodities to know their market. If you are interested in corn futures, it would be a great place to start by studying the markets and paying attention to the agricultural news and happenings.

There are a lot of differences between the commodities trade and the stock trade. Most importantly, the commodities trade reacts differently to geopolitical events. There are many places on the web to get started that are geared towards beginner traders. It is also helpful to consult a professional licensed securities advisor. A kernel of advice may be worth the trouble.